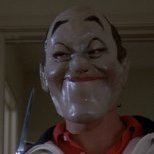 By Handsome Man,
March 8, 2015 in Transport in Thailand