This is my experience. Take from it what you want. You'll probably think "well you were just unlucky" or "I've never had a problem with EVA before" but I just want to share my experience to warn other 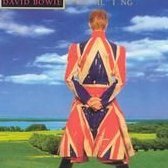 Usually you get nice little individual salt and pepper shakers to put on the foie gras!

I flew with Eva just the once cos they were considerably cheaper than Thai and never did again because I got no salt and pepper in my meal packages. You had to ask the trolley dolly for salt and by th